We started the years fortnightly catch-ups with a good feed and a game of Parker Brothers Escape from Colditz! 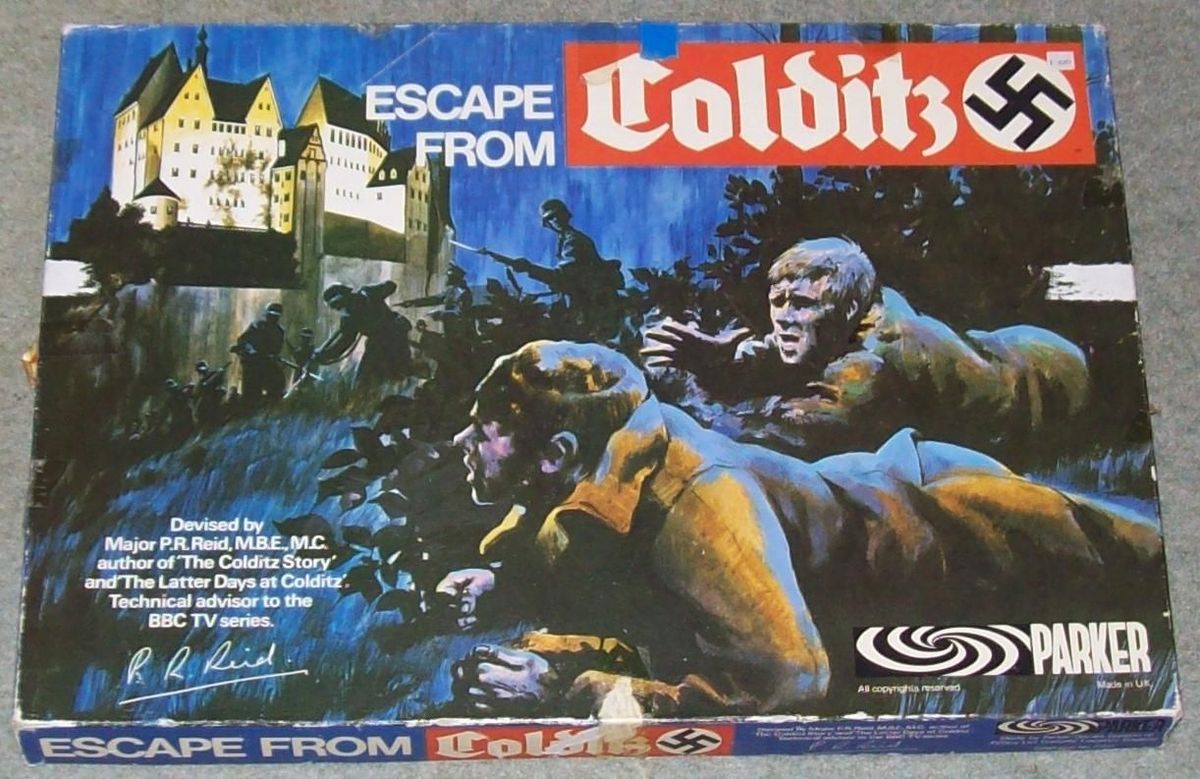 Picture thanks to Boardgamegeek!

So it was pizza and a sea of dips washed down with ample amounts of amber liquid to start proceedings! Dave left after dinner as he had work to do leaving Al, Stu and myself...

Out came the game and Stu took up the Cudgels as the Germans (black) while Al selected the USA prisoners (blue) and I used the Polish inmates (green)...

Play went on slowly while Al and I gathered gear and planned our escapes, Stu kept the cells of Colditz full arresting our prisoners as often as he could. During play Al's Yank prisoners (blue) changed nationality to British ones (red) as he and Stu were having a hard time distinguishing their pawns!

One of my Poles made a dash over the walls from the safe space near the Guard House only to be shot dead 4 spaces from safety. After that the British got a prisoner to safety outside the walls employing the Canteen tunnel. And then Poles were planning to make a dash to freedom with the Staff Car when our time ran out!

Final Stats;
Colonel Al +1 for carrying out one successful escape
Pulkownik Pete -1 one dead prisoner shot trying to escape
Oberst Stu a transfer to the Russian Front for allowing an escape!

Our game just before the British successfully got a prisoner out! 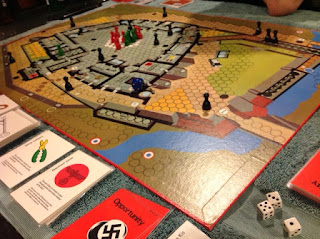 Good fun was had by all and we'll definitely be revisiting Escape from Colditz in the future!
Posted by Captain Darling at 10:54 am