Game 3 of our four player Longstreet Campaign started with Dave and I winning the scouting role and electing to attack, heck we had defended the last two times and even though the Union army had an advantage in numbers that sort of thing never bothers us boys from the South! The two scenarios combined together for our Battle of Pebble Mountain were the Crossroads and the Clear the Tree Line ones...


Colonel Clampett personally directing the Confederate batteries during the Battle of Pebble Mountain... 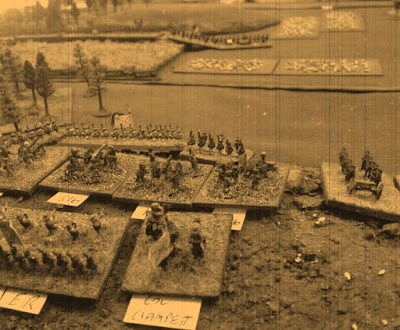 
Confederate Colonels Clampett and Leghorn massed their guns on a central hill know as Pebble Mountain by the local populace and pushed forward all their cavalry and infantry in two massed attacks, on the Crossroads area a field was the funnel for the attack and on the tree line area a wood covered their advance.

During the initial turns the Yankees dug in for all their worth as the Rebels coordinated their Units.

Clampett’s men secured the unguarded objective on the crossroads but the Yankee commander, Colonel Zook preempted a perceived Rebel Yell charge with their own charge after deadly fire using the Charge Bayonets card. This gave the Confederates a bloody nose but around the fields they continued to push on with three consecutive charges slowly grinding forward and inflicting losses. On the Rebel far left the boys in blue roughly handled Colm's Tennessee Battalion.

Leghorns cavalry charged the Yankee guns with the Colonel himself at their head and they defeated two Union batteries before retiring to allow the Infantry to advance. The Rebel Yell went up and the Southerners slowly pushed Colonel Firefly’s Union units back with successive charges.

On the Crossroads battlefield with the Confederates of Clampett spent the Yankees went over to the attack but the Rebels hung on while on the Treeline battlefield the Southerners drove the Yankees back to the edge of the battlefield dropping just short of capturing their objective!

At this point the during turn 10 the Federal Armies morale broke as their losses plus the Confederate Victory die roll exceeded their Shatter Point. The Rebels carried the day.

Well we hadn’t played Longstreet Street for a while and made a couple of mistakes with the rules but will be ready next time to ensure these do occur again.


Some pictures! Some are a bit dodgy not sure why and also there are no end of game pictures as we moved straight into the Campaign Phase as we were running late!

The sides line up, CSA to the left and the USA to the right, interestingly the Yankees did not occupy the objective in the Crossroads Game giving up easily to the CSA... 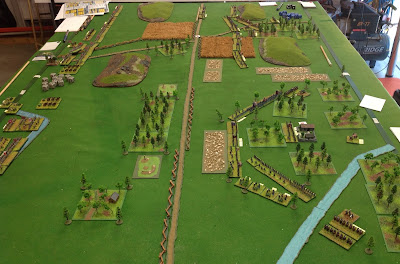 Early in the game on the Rebel right Colonel Leghorn lead his Cavaliers directly at the Union artillery batteries... 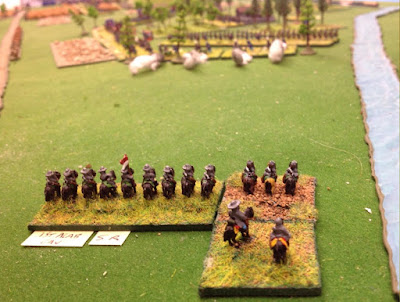 ...and successfully charges them causing the casualties and capturing guns. At that point the Union gunners limbered up and retired into the woods! 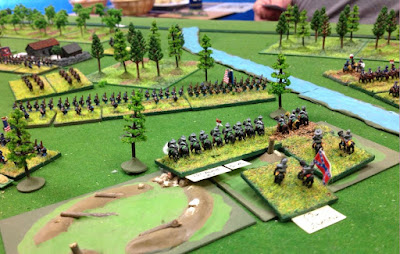 Meanwhile Colonel Clampett's Regiments formed up to attack the Union forces around the crossroads... 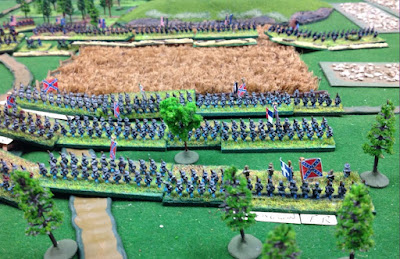 But Zook's Yankees pre-emptied Clampett and his men fired and charged pushing the Rebels back with casualties! 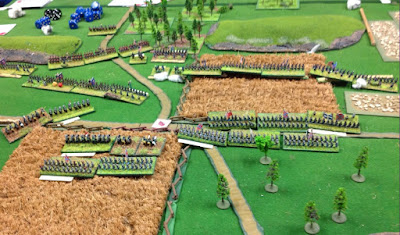 In the woods (trees have been removed to allow play just and outline remains) the Yankees were driven back and the Rebs came within a whisker of capturing their objective from superior numbers! 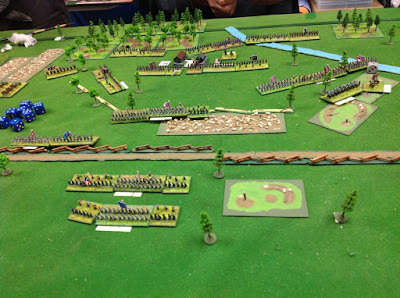 After their initial repulse Clampett's boys launch a couple of successful charges but shot their bolt and were left hanging in the face of larger Federal Units... 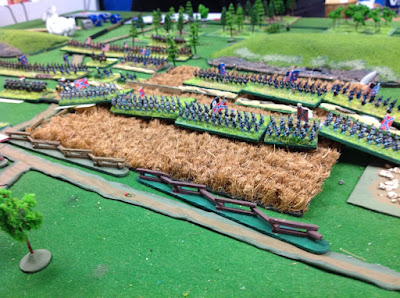 Confederate reserves on the right watch the lead Regiments advance into the woods... 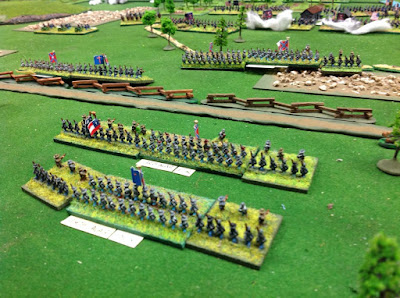 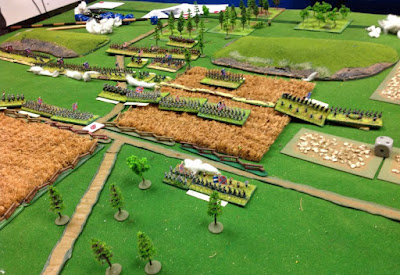 Picture of the Tree Line area on the penultimate turn, the Union troops retain the objective and their cavalry start a run at turning the Rebel flank! 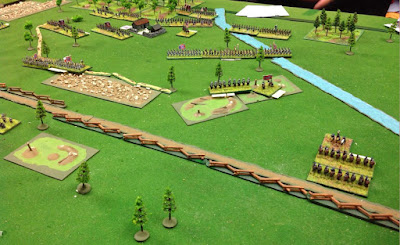 Picture of the Crossroads area on the penultimate turn, the Union troops are trying to turn the reel flank but crucially in the centre the Confederates retain the objective giving them 2 dice when making victory rolls... 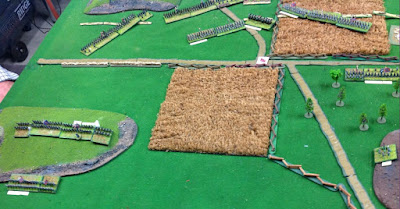 Game wise it’s now 3 Confederate wins to 0 Union ones but more importantly the Epic Points are currently standing at...

Campaign Game 4 is going to look different to anything I've seen before the Union Armies have only a single Artillery base! In general during this campaign so far it's been viewed that artillery is not very effective so a few players are shunning cards for it. It'll be up to the Confederates to change that perception in game 4! As per the last game even more units have been whittled down to only a few bases, four now sitting on just two! I suspect they'll see little action next game!


Game 4 will be the first of the 1863 games so the card decks will be balanced and the army sizes will move slightly in favour of the Union.
Posted by Captain Darling at 10:12 pm