We did another hour and half walk through of CoC this fortnight and used the same forces as the last game but swapped sides!

Plucky Brits advance in the face of nasty Spandau fire! 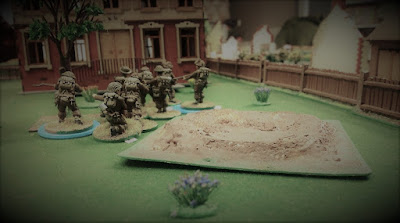 This game ran much quicker than our previous ones. We didn't encounter any major play stopping issues and consulted the rule book far less! Still the 6 page QRS (an oxymoron surely) is a bit much but we consulted that less too!

With small changes to the OOB's and terrain this time it all boiled down to a race for buildings, be they complete or ruined. At the end of our time the Jerries were in the box seat played well their section can generate a lot of firepower!.

Below are some pictures of the action...

The Germans were quick off the mark as both sides made the Chateaux their main objective! 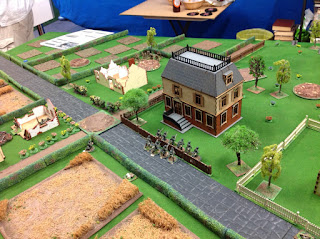 Seeing the stand off at the Chateaux the Brits deployed two sections on their right flank while their Mk VI tank covered their left... 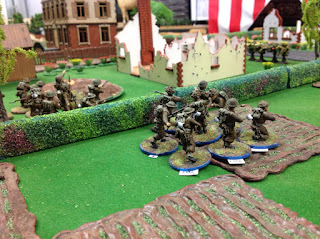 Ordered to hammer a British unit with HE the German Light Mortar Team rolled a double 1 for its first action...DOH, they became riflemen for the rest of the game! 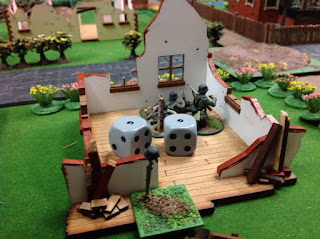 The British dash to occupy the Chateaux failed, the Jerries were at the doorway and windows of the rear wall already! 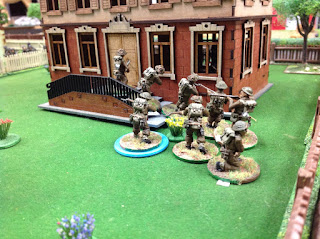 A stand off, just over 4 inches apart a British and a German section face off and they blazed away at each other literally scared to be the attacker in a close combat situation! 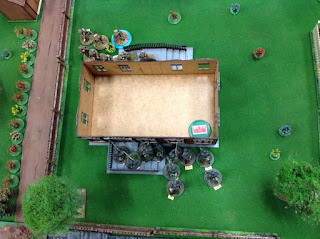 More Germans deployed to flank the British section behind the Chateaux! 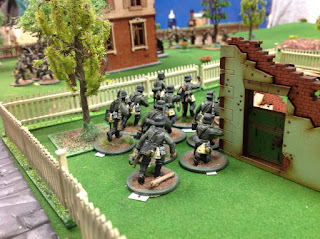 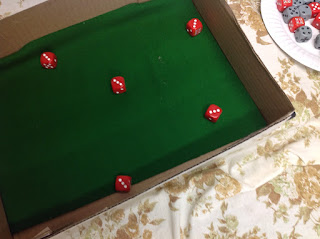 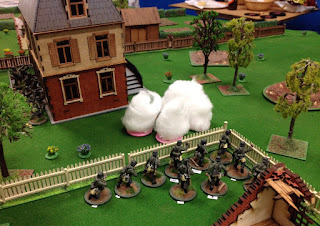 The Germans extend their right to ensure their flank is not turned, leaving their MG 34 Team in the building ruins the Riflemen make a dash to the hedge... 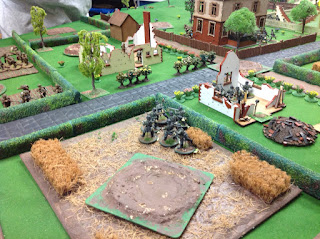 The Brits do their best to try and flank the German left! 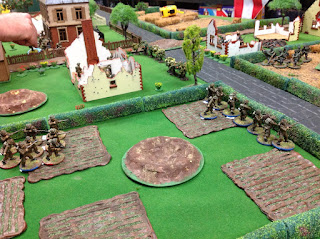 "Ahh Schiesen!", while trying to move clear of the British smoke to get a clear shot men of a German LMG team are caught just short of cover by a low movement roll, they were promptly shot to bits by the British section in the distance of the picture... 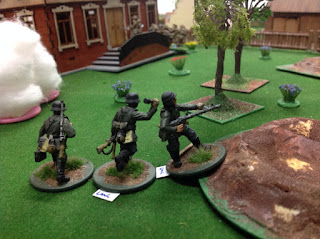 The mighty British Mk VI rolls effortlessly onto the battlefield, it duked it out with the German ATR team and saw them off. After that it remained stationary on the British left flank but in doing so tied down the best part of two German sections! 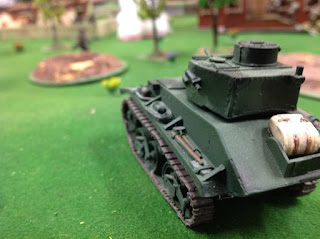 It was here we stopped for the night to discuss the rules! A much easier discussion than after our other two run trial games. Having clarified our queries from the other games using the Lardies CoC Discussion Forum we found everything made more sense!

Next time is a full on game!
Posted by Captain Darling at 9:59 pm